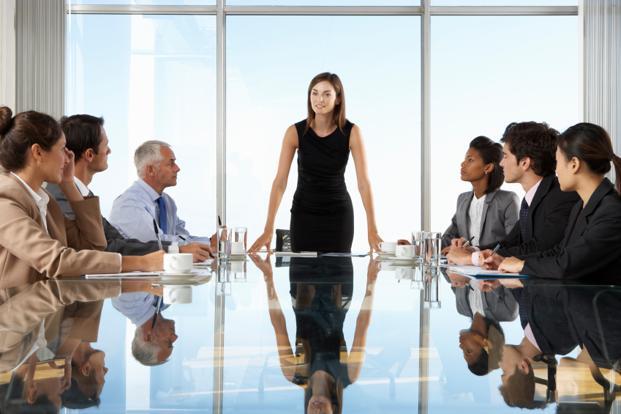 California will be the first state to require publicly traded companies to have at least one woman on their board of directors.

The law, signed by Gov. Jerry Brown on Sunday, requires public companies whose principal executive offices are located in California to comply by the end of 2019.

The minimum is two female directors if the company has five directors on its board, or three women if it has seven directors by the close of 2021.

A quarter of the 445 publicly traded companies in California don’t have a single woman on their boards.

California’s Chamber of Commerce and 29 other business groups opposed the bill, sending a letter to the state senate arguing that the measure is unconstitutional, that it takes into account only gender and not other diversity, and that it seeks to manage the directors of companies that are incorporated in another state.

Just 5 percent of the companies on the Standard & Poor’s 500, which includes only publicly traded firms have female CEOs.

According to The New York Times, women who have served as chief executive are far less likely than men to go on to be CEO at another company, and less likely to serve on corporate boards.

The Economist Magazine found that some of the benefits touted for increasing the number of women on boards – such as closing the wage gap between men and women, or having an effect on company decision-making – haven’t necessarily come to pass.

In 2008, Norway instituted quotas requiring women to make up 40 percent of directors at listed companies, and many countries in Western Europe soon followed, as The Economist reported in February.

In every country business leaders protested when the idea was floated, the magazine noted. But ten years on, the worst fears have not been realised.

IDB Invest To Finance A Number Projects Throughout The Region- Marks

Film Commissioner at JAMPRO, Renee Robinson, has been selected to be part of the International Women’s Forum Global Leaders Fellows Program for the year 2022-23. The year-long, intensive leadership development experience prepares Fellows to be leaders for tomorrow through multidisciplinary training that develops the participants’ leadership and management capabilities.

“This opportunity will allow me to fluently speak the language of international deal-making, advance the focal shift of business towards the creative economy, and solidify access to financing for our creative practitioners.”

Robinson’s selection was based on her career as an orange economy expert, content strategist, and thought-leader. She has served as Jamaica’s Film Commissioner since 2016, with responsibility for national economic growth and economic impact of the screen-based industries, advancing employment, film production expenditure, and contribution to GDP (Gross Domestic Product). 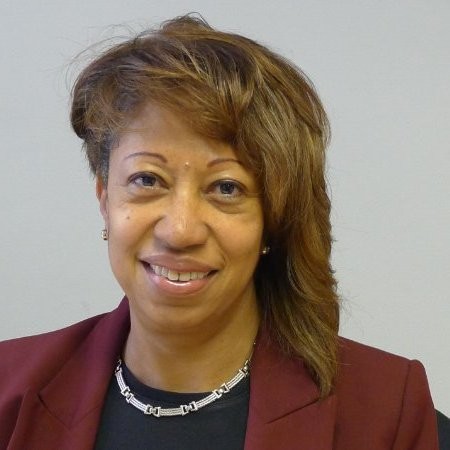 JAMPRO’s President, Diane Edwards, said that “we congratulate Renee for being selected to join this prestigious Fellows Programme. We look forward to seeing her advancement in the next year, and her continued excellent work to develop Jamaica’s creative economy”.

Reacting to her selection for the Fellows Program, Ms. Robinson said it demonstrates the rising shift towards business-focused entertainment industry as a valid economic driver. She noted, “Investing in the creative economy is not philanthropy or corporate social responsibility; it is, in fact, lucrative and critical for socio-economic development. Through the Fellowship, I plan to groom my skills in influencing business decisions that support the creative economy.”

€7-Million Grant For Women In Business And MSMEs 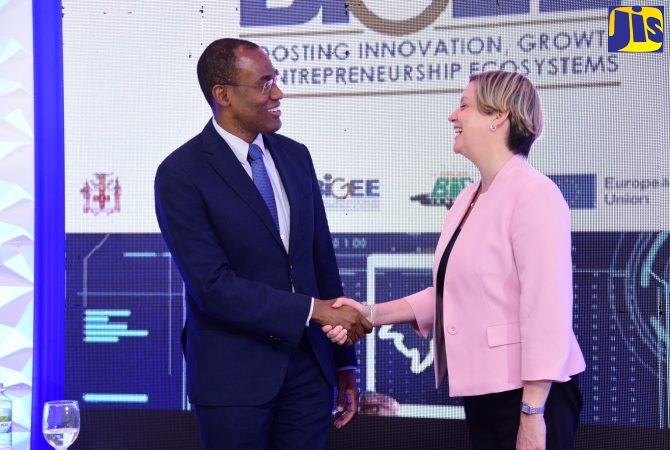 PHOTO: ADRIAN WALKER
Minister of Finance and the Public Service, Dr. the Hon. Nigel Clarke (left), and General Manager (Acting), Inter-American Development Bank (IDB) Caribbean Country Department Group, Carmen Madriz, shake hands following the symbolic signing of a Non-Reimbursable Agreement for the European Union’s provision of a €7-million (over J$1.2-billion) grant for the Government’s Boosting Innovation, Growth and Entrepreneurship Ecosystems (BIGEE) Programme. The signing was held during a Visibility Ceremony at The Jamaica Pegasus hotel in New Kingston, on Wednesday (May 25).

The Government’s Boosting Innovation, Growth and Entrepreneurship Ecosystems (BIGEE) Programme has been bolstered with a €7-million (over J$1.2-billion) grant from the European Union (EU).

This will provide support for female-led businesses by helping them to build their capacity to contribute to the economy; assist recovery of micro, small and medium-sized enterprises (MSMEs) from the economic fallout resulting from the COVID-19 pandemic; and support stakeholder climate change mitigation and adaptation projects that contribute to resilience and sustainability.

The funds are being facilitated through a Non-Reimbursable Financing Agreement under the EU’s Caribbean Investment Facility and will complement the US$25-million loan for the BIGEE programme that was provided by the Inter-American Development Bank (IDB), which will administer the grant.

The BIGEE Programme, which is being implemented by the Development Bank of Jamaica (DBJ), aims to promote sustainable and robust growth among start-ups and MSMEs.

This was held during a visibility ceremony at The Jamaica Pegasus hotel in New Kingston.

Dr. Clarke, who conveyed the Government’s gratitude for the EU’s support, said the BIGEE Programme is geared towards positioning innovation at the centre of the business ecosystem.

“For [Jamaica] to have the kind of economic growth that can support the kind of jobs [we are seeking to generate], we need value-added private-sector activity which is based on innovation,” he stated.

In this regard, Dr. Clarke, who is also Chairman of the IDB’s Board of Governors, said the BIGEE programme “underscores the Government’s commitment to promoting financing and investing in innovation”.

Mr. Shaw said the grant agreement represents “another step in the long-standing fruitful relations between Jamaica and one of our most dependable international development partners – the EU”.

Ambassador Van Steen, in her remarks, said the grant was indicative of the EU’s renewed commitment to fostering entrepreneurship in Jamaica, in a sustainable way.

“The development of micro, small and medium enterprises is critical, not only to the Jamaican economy but to the economies in all countries. Here in Jamaica, they are playing a vital role in the Government’s efforts to spur economic recovery from the COVID-19 pandemic,” she stated.

Meanwhile, Mrs. Madriz said the grant represents “another important milestone in the effort of the Government of Jamaica, Development Bank of Jamaica and the Inter-American Development Bank to strengthen the country’s business ecosystem”. 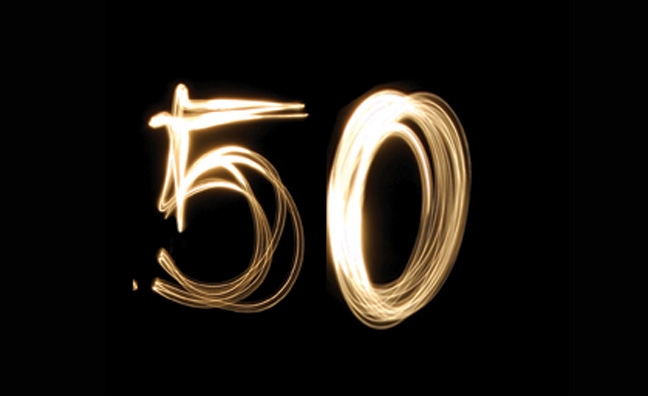 BUSINESSUITE Magazine’s  ranking of Jamaica’s leading businesswomen provides a unique opportunity to secure an insight into the professional lives and activity of some of the most interesting and inspiring women in Jamaica’s private sector today. 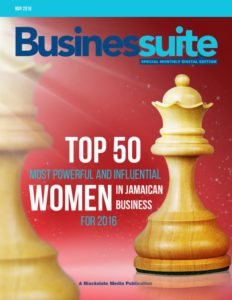 How we pick the Power 50

What qualities can adequately describe a woman of power and influence on a national level? She is often described as ambitious, driven, determined, creative, a confident leader and a risk-taker. She allows her passions to order her steps, her gifts and her talents to become her own personal calling card.

As stated, the selection process for the BUSINESSUITE list of the ’50 Most Powerful and Influential Business Women’ is based on a general format created and used by the editorial team of FORTUNE Magazine. This includes:

1. The general size (Revenue, Profitability and Human Resource) and importance of the woman’s company in the Jamaican economy;
2. The health and direction of the company;
3. The arc of the woman’s career and;
4. Societal and cultural influence of the business as informed by key industry insiders and published information

It must however be noted that since BUSINESSUITE Magazine is not privy to the financial statements of some of the companies mentioned, this was not heavily factored into our final listing and placements. Readers are therefore invited to debate and discuss the names and placement of individuals.

They aren’t just successful executives, entrepreneurs, or administrators who are admired and respected within their own organisations, they are the voices that are heard across the industries in which their companies operate, even across corporate Jamaica as a whole.

The Presentation Event – October 2022
The awards will be given to 50 women business leaders who have achieved strong results in their respective fields. This will be the 1st edition of Businessuite Magazine’s Most Powerful Women Awards, to be held in October 2022. Details to come.

The awards are aimed at honouring remarkable Jamaican women who have made outstanding contributions to their organisations and set new standards of administration and performance across corporate Jamaica and the economy.

We will also be seeking to recognise and identifying Rising Stars and Women Abroad.

The Special Edition – October 2022
The event felicitates the most powerful women in Jamaican business and salutes the spirit of successful business women with a special issue of Businessuite Magazine ‘Most Powerful Women in Business” Jamaica Edition. Details to come

The Top 40 Most Powerful and Influential Women in Jamaican Business for 2016. 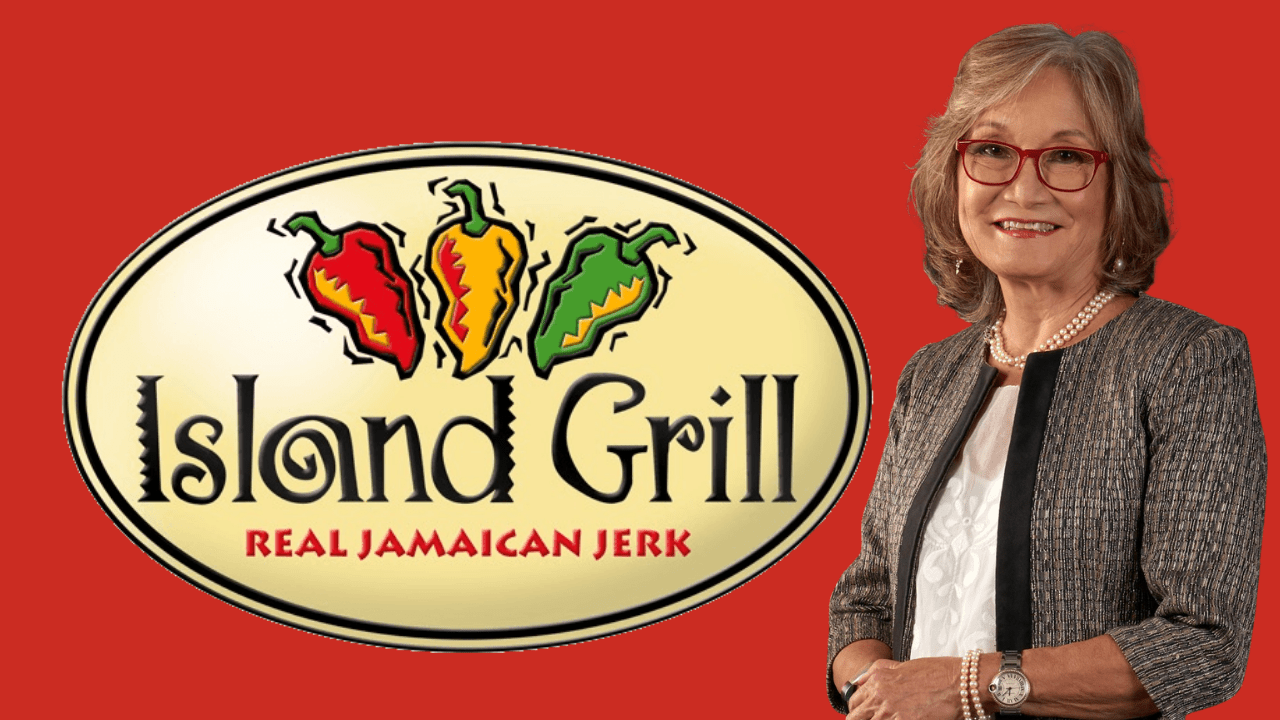 Jamaican fast food chain Island Grill, is expanding! The eatery is seeking to employ 1-hundred new staff, including positions at a new Spanish Town restaurant. But what are their plans beyond Jamaica? And will they ever do an IPO? CEO and Founder of Island Grill, Thalia Lyn, joins us. 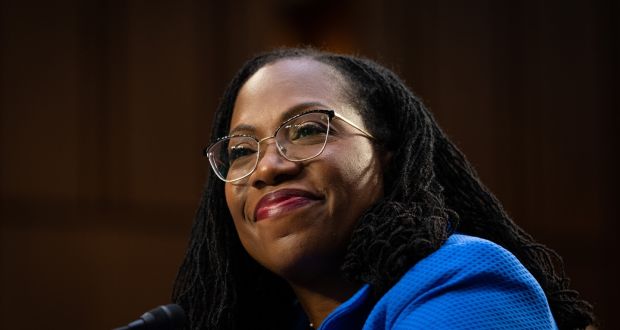 Ketanji Brown Jackson was confirmed to the U.S. Supreme Court on Thursday, making history as the first Black woman to ever join its ranks while leaving the balance on the nine-member court—controlled by a six member Republican-appointed majority—unchanged. The 53-47 vote affirming the elevation of the 51-year-old federal appellate judge saw her garner backing of all 50 Senate Democrats and only three Republicans.