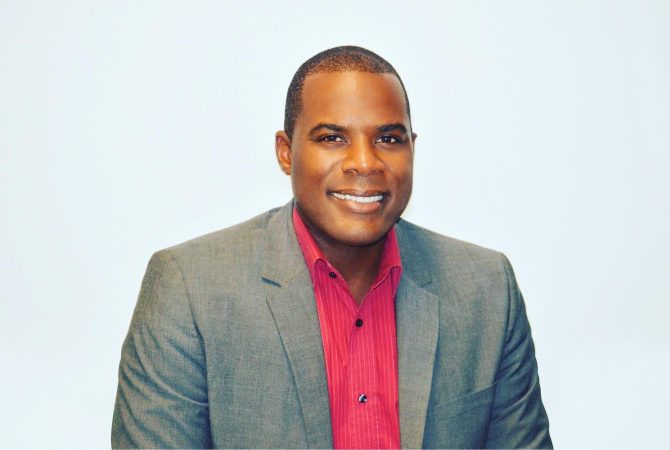 Business operators and entrepreneurs are encouraged to remain cognisant of the importance of market research in identifying customers’ needs, as this will inform how and when new products are introduced to the marketplace.

He shared that the global market for “big” data services is expected to increase from 162 billion to approximately 264 billion over the next four years.

Mr. Guiste said: “Once we look at that massive revenue-generating opportunity for big-business data, it tells you, as an entrepreneur, that there are people paying to learn more about your business. The basic idea of the appreciation of the market is to first understand who your customers are.”

Speaking under the theme ‘Using Research to Identify New Market Needs’, Mr. Guiste advised entrepreneurs and business operators to ensure that they are doing enough to stretch their “rubberband” towards success.

“In the Caribbean, we have a culture of not wanting to embrace risk taking. We need to be more inclusive in our approach and support of driving small businesses towards achieving greater success,” he advised.

Mr. Guiste said that we are to be deliberate in helping businesses understand how they can better position themselves, thereby identifying the current market in which they operate and the ones that they would like to expand into.

He reminded business operators that data gathered through research “allows for the enabling of better management, which leads to the development of a more refined and proactive approach to business.

The webinar is a two-part series that will continue on Tuesday (May 17) at 10:00 a.m. under the theme ‘Innovation: Funding new Business and Product Ideas’ and will be facilitated by Manager, Investor Relationship at the Development Bank of Jamaica (DBJ), Paul Chin.

He will focus on the varying financial solutions available through the DBJ and the approved financial institutions (API) that are accessible to micro, small, and medium-sized enterprises (MSMEs) at all stages of growth and development.

Persons interested in participating in the session may join via Zoom using the Meeting ID 884 4051 8393. Questions and queries may also be sent to communications@jbdc.net.

Subscription Software Now At The Core Of Apple’s Future.

Travel, tours, experience and accommodation entrepreneurs will have an opportunity to gain access to critical resources through the recently established partnership between the Silicon Mountain Project and Walkbout Caribbean’s “Walkbout Ignite Programme” designed to help and empower tourism entrepreneurs maximise their presence on the walkbout.com platform.

The Walkbout Ignite Programme brings together industry leaders and experts to support tourism related entrepreneurs and related groups, empowering them to grow their businesses. Running year round, the Programme includes the launch and promotion of participants’ products and services on the Walkbout.com Marketplaces, access to monthly workshops hosted by industry leaders, networking events, and one-on-one capacity-building sessions with Partner Marketing, Private Label, Branding, Business Insights, Advertising, Merchandising and Supply Chain teams, while providing them with impactful tools and resources to help support and grow their businesses.

At Walkbout.com we are supporting MSME Tourism entrepreneurs and related small businesses as we know firsthand the challenges of building a business from the ground up.

For more information on The Silicon Mountain Project CLICK THIS LINK 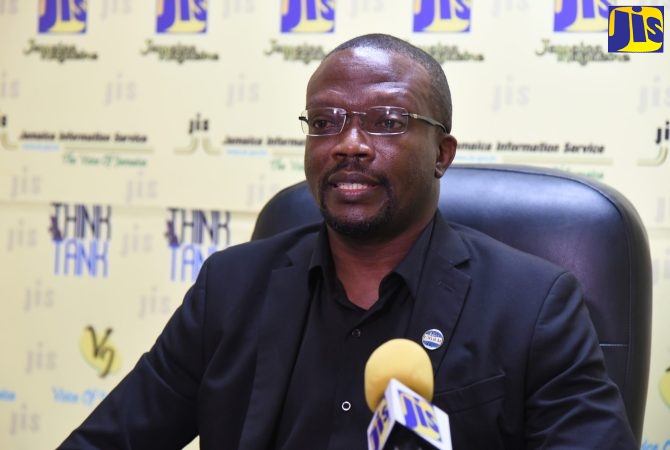 As the Government continues to build resilience in the country’s cyber ecosystem, local businesses are being encouraged to report security vulnerabilities within their organisations.

He said that such reports will better help in tackling cybercrimes, by keeping the Government aware of what is happening in the various sectors, and improve how businesses protect clienteles’ data.

“We recognized that based on industry standards and international best practices, there are some basic things that need to be in place, and the role of Government is to facilitate this process,” Lt. Col. Sterling said.

“The manner in which vulnerabilities and breaches are remediated, redacted and reported must be agreed to by all parties,” he noted.

While there is no legislation that mandates the disclosure of weaknesses in cyber defence or cybersecurity breaches within companies, Lt. Col. Sterling said the JaCIRT stands “ready to continue to push [this] dialogue”.

He commended those entities that have and continue to work with the JaCIRT and urged others to come on board.

The Lt. Col. is encouraging businesses to not just redact identified vulnerabilities but also ensure that they adhere to the necessary privacy and data-protection laws.

“The advent of the Data Protection Act of 2020 means that data security and privacy have become more important as companies seek to become either data processers or controllers.

“It, therefore, means that you have to take all necessary steps to secure the environment within which you capture, store, transmit or process that data,” he pointed out. 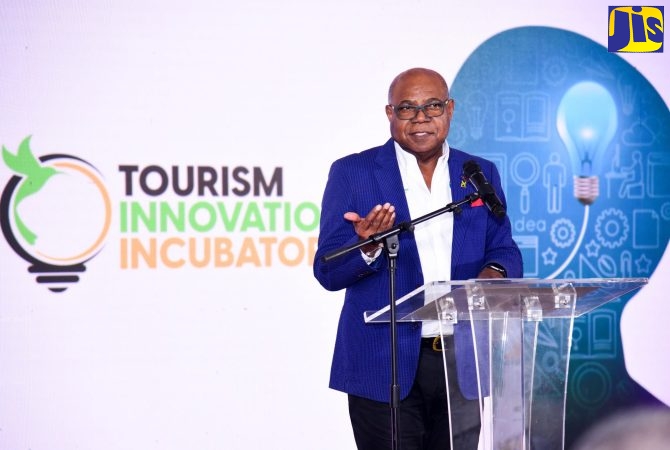 Several new and innovative ideas are expected to be generated within tourism, through the recently launched Tourism Innovation Incubator.

Speaking at the launch, held during Tourism Awareness Week on September 30, Portfolio Minister, Hon. Edmund Bartlett, said that tourism is about ideas and creating experiences.

“The idea of this Incubator is to create a framework to mine, hone, convert and monetise ideas,” Minister Bartlett said.

The Minister outlined that the Incubator will offer numerous services, including executing workshops with participants in the refining of their ideas; providing research support; training in pitch delivery; providing opportunities for mentorship and networking; teaching participants about key topics, such as intellectual property and the importance of being formalised through informational sessions, and sourcing potential partners or investors to help participants in prototype and product development.

The initiative, which is being led by the Tourism Enhancement Fund (TEF), is guided by the Blue Ocean Strategy, which calls for the creation of business models that depart from traditional ones, based on competition and standardisation.

Selection of ideas for the Incubator will be done by a committee of members from TEF and the Development Bank of Jamaica (DBJ). In addition to being tourism products or representing technology in tourism, each idea must be an innovation or invention that will add value.

Each participant will be required to outline how their idea will add value to the tourism landscape and provide indicators for measuring the same, such as tourism spend, visitor satisfaction, and contribution to the tourism workforce. The idea must also have a significant effect on the tourism industry.

Persons interested in participating in the Incubator must be 18 years or older by the October 14 submission deadline.

Additional submission criteria for the Tourism Innovation Incubator can be found on TEF’s website at https://tef.gov.jm/tourism-incubator/. 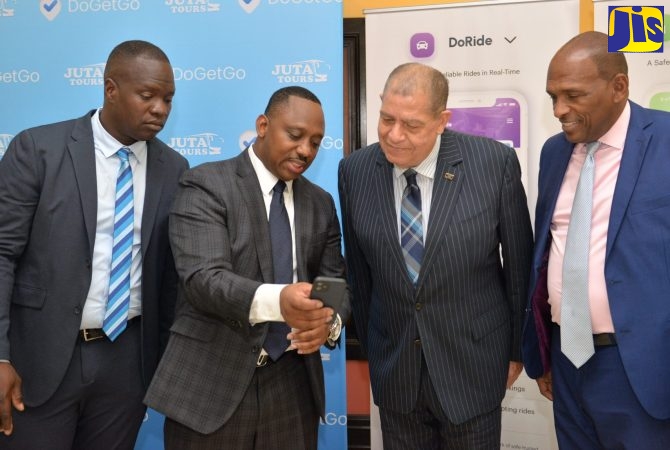 The service is being provided through a partnership between technology company Rydeum Caribbean and the Jamaica Union of Travellers Association (JUTA) Montego Bay Chapter.

The DoGetGo app, which is available on android and IOS platforms was officially launched on September 22, at the Half Moon Resort in Rose Hall, St. James.

In his remarks, Minister of Transport and Mining, Hon. Audley Shaw said that the app marks another step towards a more technologically inclusive and efficient transportation sector in Jamaica.

Minister Shaw lauded Rydeum Caribbean for the innovation, touting it as a paradigm shift towards sustainable transport.

“I support the introduction of innovative technologies and new business ventures to support the transportation sector. This super app being launched … has been developed in response to moving transport in a smarter way. It promises to enable Jamaicans to work together in a single ecosystem and inspire change,” he stated.

He further noted that the app has come at a time when commuters demand timeliness, flexibility, and convenience in the sector.

“The hope is that with this super app, there will be greater freedom and power to transform the transportation industry while simultaneously empowering all Jamaican businesses to access technology for the delivery of their products and services at the same level experienced globally,” Mr. Shaw said.

In an interview with JIS News Rydeum Caribbean’s founder, Mark Hannah, said DoRide, the first of nine experiences to go live on the newly launched DoGetGo app works similarly to Uber and Lyft, allowing users to hail ride remotely from any location using a smart phone.

He said the company intends to expand the app to offer eight additional services such as food and grocery delivery, sending and receiving of monetary payments, booking tours, and making medical appointments.

“It’s [the app] ran by JUTA drivers. Now eventually we’ll have more people in JUTA on it but right now … we’re starting out with JUTA drivers. So, what will happen is people will be able to actually get on their phone and it don’t matter where they are, they will be able to book a ride,” Mr. Hannah explained.

“They’ll be able to get the rate, get the fee, see the drivers’ ratings, and they’ll be able to travel anywhere in the country. This is the first step for launching to DoGetGo,” he continued.

Innovation-Based Tourism Incubator to Be Launched In Jamaica 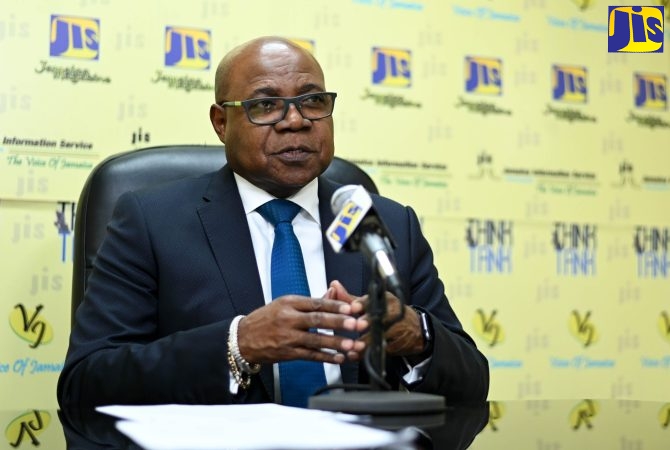 The Ministry of Tourism will be launching its Innovation-based Tourism Incubator on September 30, during the observance of Tourism Awareness Week.

He noted that the facility’s establishment is part of the Ministry’s overall policy direction to build knowledge within the sector, through young people.

“We will be having a bootcamp for these young people whose ideas we are pulling, then we will be matching their outcomes… with private sector entities,” Minister Bartlett said.

He stressed that the incubator is an added channel for creating new skill sets within the tourism sector and encouraging more young people to get involved in the industry.

“If a young person comes up with a new idea about some process in tourism, or how to do a particular chore at a hotel better, or how to create an added value to an attraction which we now have, we can pair them with the particular entrepreneurial group, hotel [or] attraction [or] we can tie them to the technology that is giving rise to the innovative thoughts that they have generated,” the Minister explained.

The incubator’s rollout is being led by the Tourism Enhancement Fund (TEF). A special division was created within the entity to implement the initiative.

Mr. Bartlett indicated that the facility is an “all of government activity”, as it will also be linking to the innovation incubator programme being undertaken by the Ministry of Finance and the Public Service.