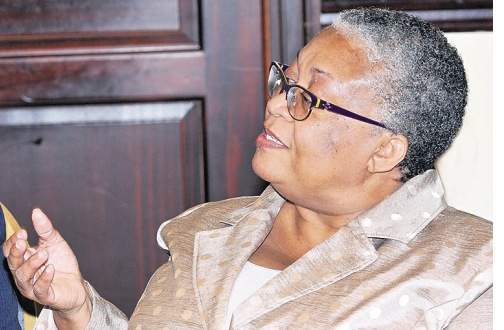 QWI Investments Limited Raised $1.17 Billion Dollar on the Stock Market allowing the market capitalization to surpass the $2 trillion-mark for the First Time

Today, the Jamaica Stock Exchange’s market capitalization surpassed the $2 trillion-mark, unprecedently doubling in value in less than two years! This market achievement comes with QWI Investments Limited (QWI) successful listing of its shares on the JSE Main Market at the invitation price of $1.35 per share. The offer was oversubscribed, resulting in QWI upsizing the Offer to raise $1.192 billion.

QWI Investments Limited (QWI) is the fifth company to list its shares on the JSE’s Main Market in 2019, increasing the total listed companies on that market to 45. Including QWI, the number of securities listed on the Main Market amounts to 58. The total number of companies listed on the JSE has increased to 85 and the total number of securities listed to 120. Including the $1.19 billion raised by QWI, approximately $15.6 billion has been raised in 2019 and overall market capitalization as of Monday, September 30, 2019, increased to $2.06 trillion.

Mrs. Marlene Street Forrest, Managing Director of the JSE at the listing ceremony in welcoming attendees to the listing ceremony of QWI stated; “This listing comes today as Exchanges world-wide have united to promote financial literacy and boost financial inclusion by ringing the bell in countries around the world during this week. It is dubbed ‘ringing the bell for literacy’. These listings and the support that we are experiencing is in part due to increased financial literacy which extends to the understanding of the market”.

Mrs. Street Forrest went on to state that “The listing of QWI comes at a time when rating agency Standard & Poor’s has upgraded Jamaica from B to B+ and when investors are definitely interested in the markets and companies which come with credible invitation for subscription. It is not often when both sides of the coin seem so well aligned and we wish to encourage companies to seek capital through the market. We wish to encourage also the government to continue to divest its entities to the market in order to provide the avenues for further growth and development”.

Speaking at the event, Mr. John Jackson, Chairman of QWI Investments Limited stated that Jamaicans should shift their focus by first acquiring shares in companies and then look towards land ownership. He also stated that it was imperative that the Government includes in school curriculum a course in financial literacy, which will would instill in the young people the importance of money management, “as all of us at one time or the other have to handle money”. He posited that this was the vehicle for the achievement of personal and intergenerational wealth.

Chief Executive Officer of QWI, Mr. John Mahfood, told the audience that he believes the regulatory authorities and the brokers should make it much easier for people in Jamaica to own shares, especially the small investors. He stated that the process to open a broker account was tedious and needed to be simplified and because of this many persons who had wanted to be a part of the QWI IPO missed out. He said once the account opening process was simplified the investor base in the stock market will widen.

According to Mr. Herbert Hall, VP Investment Banking, NCB Capital Markets Limited “Our partnership with the principals of QWI Investments Limited demonstrates our commitment to working with various businesses in the various stages of their life cycle. Indeed, not many young companies in Jamaica and dare I say, across the world can mark their introduction to the market with an Initial Public offer but QWI did just that. You would agree with me that the team at QWI provides a service that is necessary at this juncture, given the heightened interest in the local stock market and with that the increased need for guidance to investors as it relates to investment opportunities which QWI aims to provide.”

QWI’s securities will be a part of the Financial Index which since its launch in March 1 has been trending upward and close on Friday September 27, 2019 at 141.26 points up by 41.26%. The JSE will be launching its Manufacturing & Distribution Index on Tuesday, October 1, 2019.

0
0   0
previous Impact Of Thomas Cook Crisis On Jamaica Will Be Huge Amounting To A Couple Hundred Million Dollars.
next The Jamaica Stock Exchange Launches the JSE Manufacturing and Distribution Index