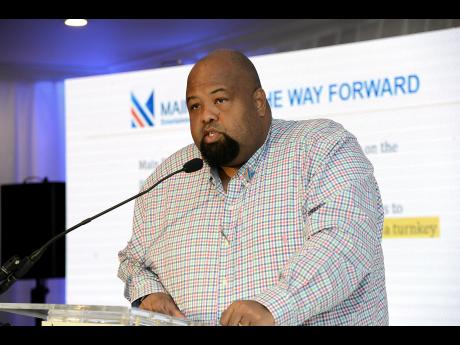 Mr. Solomon Sharpe, Chief Executive Officer for the company, in his report to shareholders indicated that the revenue growth reflects higher volumes in the Company’s core business, as well as successes with their new products.

JA$118 million, or 13% of revenues year to-date is attributed to the M-Style product offering and the company’s presence in the West he said, adding that the increase in other operating income was primarily due to $6 million in net receipts from a Grant, for the M-Academy venture.

Gross profits have increased by 17% or JA$58 million over the previous year, as gross margins of 47% show a contraction from 50% for the same period in 2018.

This as the company continues to work its way through a series of price increases in some third-party inputs said Sharpe.

Operating and administrative expenses have shown a $49 million or 19% increase relative to the previous year.
These increases, Sharpe said are primarily in salaries and related costs, depreciation charges, transportation expenses, and property related costs, driven by growth in operations.

Commenting further he pointed to decreased investment in research and development, and a contraction in marketing spend by $7 million or 45% in this current year to date.

A $66 million or 22% reduction in trade receivables has contributed to improved cash resources.

Cash flows from operating activities was $72 million, compared to $45 million as at prior year.

A dividend of 6 cents per share, declared and accrued in the first quarter, has been paid.

0
0   0
previous Seprod Group Reporting An Increase Of J$4.09B Or 83% In Revenues To J$9.04B For Q1 2019 As Group Suffered A J$150M Loss In Sugar Operation.
next CAC 2000 Results Impacted By Continued Disruption Caused By Massive Road Construction Project Taking Place Around Company’s Office