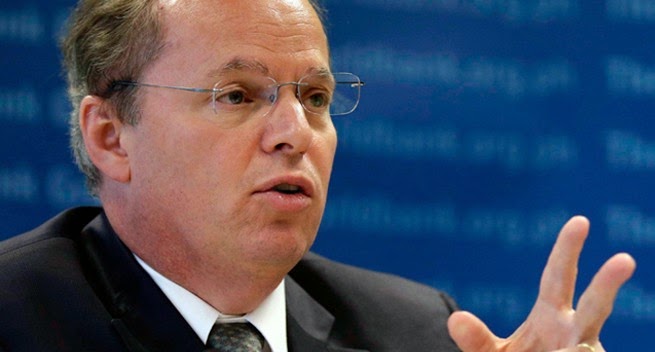 he said that he didn’t know any country that has achieved, over a sustained period of time, the fiscal adjustments and reforms as Jamaica has done, and produced a most spectacular reduction of its debt level that reached almost 150 per cent, to fall, this year, below 100 per cent,

It’s certainly a world achievement… that probably would be number one, in terms of that success, he said, adding that he can only congratulate the country for this.

The World Bank Vice President added that this was very good news and can only urge the Jamaican people to continue this, because many countries could start learning from this miracle in Jamaica, that despite the many challenges, the country has made this enormous progress.

He was speaking at a media briefing at the Office of the Prime Minister (OPM) recently, to announce an additional US$140-million World Bank loan provision for Jamaica.

The funds will bolster the Government’s efforts to strengthen Jamaica’s resilience risks associated with natural disasters, as well as support human capital development and enhance the social safety net for the society’s most vulnerable citizens.

Mr. van Trostenburg, who was making his first visit to the island since his appointment, said Jamaica’s achievements are worthy of being highlighted and that he certainly mentioned to the Finance Minister Dr. Nigel Clarke that they may need to actually highlight it a little bit more in the Bank’s membership, so that other countries can also learn what are the factors behind this,