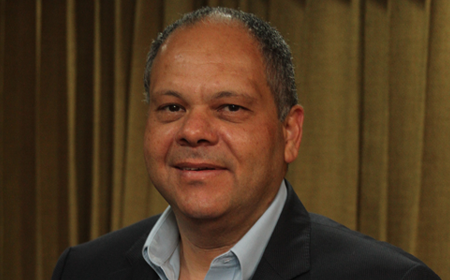 Commenting on the performance he indicated that for the six months their strategy continued to reward them with a near ten-fold growth in net profits; an increase of $467.3 million, or 946.6%, to $516.7 million relative to the corresponding period ended March 2018.

In addition to achieving record financial performance over the period, the Group successfully completed a non-renounceable rights issue of 262,280,484 additional shares on the Jamaica Stock Exchange, which was oversubscribed by 134.51%.

The offer raised proceeds of $4.1 billion in additional equity for the Group, which will allow for significant expansion in the capital base to facilitate the transformational growth objectives already underway, auguring well for the future financial performance of the Group.

Net profit translated to earnings per share of $0.85 for the six months’ period after considering the bonus element of the rights issue.

The most significant drivers of the Groups growth were gains on investment activities of $609.9 million, and fee income of $414 million.
Other non-interest revenue areas gave strong performances as all categories saw double to triple-digit growth.

The performance by fees and commission income was bolstered by 72.6% to $414.0 million year-to-date, relative to the prior period’s result of $239.9 million. The fee revenues were principally driven by the asset management and investment banking business lines.

As the local currency strengthened over the reporting period, this resulted in the Group realising a 318.8% increase in foreign exchange translation losses when compared to the same period last year.

With the Jamaican dollar closing the period at J$125.02, the segment closed the period with a loss of $196.6 million.

The foreign exchange trading cambio benefited from market conditions, reporting a gain of $58.5 million compared to $21.0 million for the prior period.

Gains on Investment Activities closed the period with a 653% increase to $610 million when compared with $81.1 million reported for the same period in the prior financial year, largely driven by fair value gains on investments of $480.2 million and gains on sale of investment of $129.7 million for the period.

Chairman Myers also indicated to shareholders in his outlook that with low interest rates and increased system liquidity coupled with sustained improvements in Jamaica’s macroeconomic outlook, this should support the continued mobilization of capital throughout the local financial markets over the near term.

He therefore was anticipating continued upward pressure on prices in the equities market as well as continued expansion of private credit.