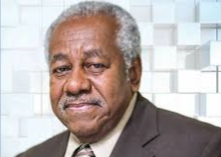 Winston Boothe Chairman of Medical Disposables and Supplies Ltd is reporting in just released 2018 Annual Report, that the Junior Market company marked yet another milestone in the Company’s history, as revenue reached record levels, surpassing the J$2 billion mark for the first time.

This he said was mainly attributable to an increase in product offerings, price increases and growth in new consumer business segments.
Gross profit of $461.5 million for the year grew by $50.8 million or 12.4% when compared to the $410.73 million for the prior year ended March 31, 2017, and was affected by an increase of $8.8 million in expired products written off during the year.

Mr. Boothe in his Chairman’s report to shareholders pointed out that in keeping with their strategy of continued growth in operations, they solicited the guidance of Ernst & Young to complete a companywide review of operating procedures, making significant adjustment to their business model, segregating Sales and Marketing efforts, establishing discrete divisions along product lines.

These are Pharmaceutical, Medical and Consumer Divisions.

During the financial year the Consumer Division, entered into a new partnership with 3M on the medical side of the business, and solidified an agreement with GlaxoSmithKline (GSK) in the consumer segment.

Going forward into the new financial year, he said that it was expected that this change will provide the advantages of a divisional structure, allowing for more focused and concentrated strategic planning, making them better able to manage, evaluate and measure performance of operations as well as to provide the ability to establish more clearly defined accountabilities.